"It is poetry that honestly admits the inchoate, affirms mystery, and responds to successive readings: it is alive."(The Volta 2014-05-01)

​​The poems in Gravesend explore ghosts as instances of collective grief and guilt, as cultural constructs evolved to elide or to absorb a given society’s actions, as well as, at times, to fill the gaps between such actions and the desires and intentions of its individual citizens.  Tracing the changing nature of the ghostly in the western world from antiquity to today, the collection focuses particularly on the ghosts created by the European expansion of the 16th through 20th centuries, using the town of Gravesend, the seaport at the mouth of the Thames through which countless emigrants passed, as an emblem of the ambiguous threshold between one life and another, in all of the many meanings of that phrase. 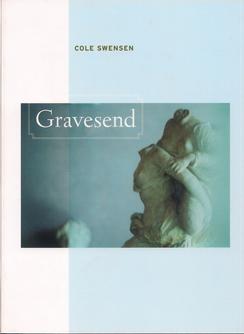