There are two reasons to read this book. One is Alferi's off-beat sensibility: rarely have I encountered a poet more delighted by the minutiae of life . . . The second: to revel in the triumph that is Cole Swensen's translation.  Jefferson Hansen, ​Rain Taxi

A bouillon cube (literally), a conceptual cube (seven sections of seven poems, with each poem composed of seven seven-syllable lines) and at the same time a “flip-book” of verbal snapshots of life in Paris in the late 20th century: its tourists, its homeless, its politicians, its TV news, its poetry, its pigeons. Alferi's tightly coiled syntax unravels each one like a puzzle that slowly accrues to a finely nuanced image. 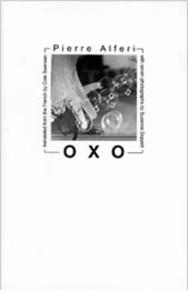